Britain from the air

A lonely girl draws a magic door on her bedroom wall and through it escapes into a world where wonder, adventure, and danger abound. Red marker in hand, she creates a boat, a balloon, and a flying carpet that carry her on a spectacular journey toward an uncertain destiny. When she is captured by a sinister emperor, only an act of tremendous courage and kindness can set her free. Can it also lead her home and to her heart's desire?

Year three have been captured by Aaron Becker's picture book and have produced some fabulous work. We have used our senses to write setting descriptions, written a diary entry in first person and written a retell.

We started off by recapping what we knew about verbs, nouns, adjectives and adverbs that we learnt in Year 2. Once we had that covered, we began to practise writing expanded noun phrases by first listing all of the nouns that we could see on a page of the story and then describing them. We then had a go at writing some interesting sentences.
In our SPAG sessions, we have been learning about fronted adverbials of time. We tried to include them in our diary entries. 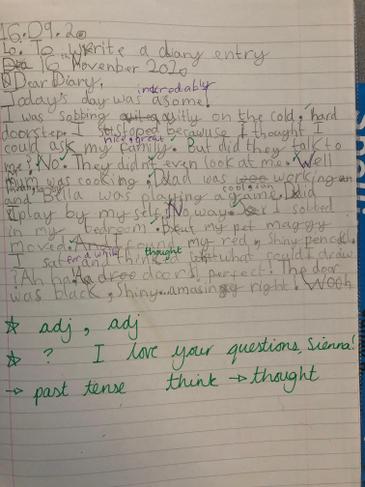 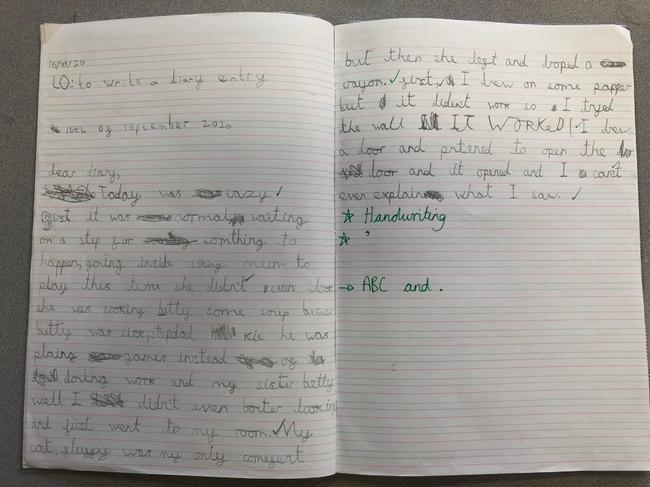 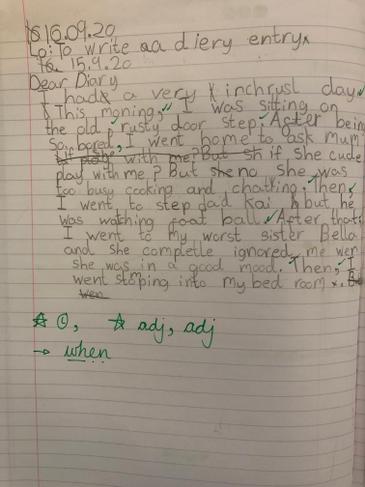 We have also written a retell, in first person, of the story. We tried really hard to use expanded noun phrases and fronted adverbials of time. 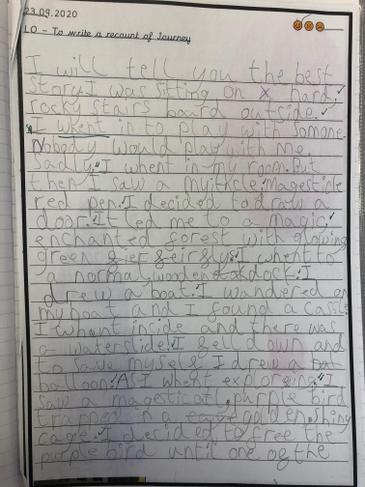 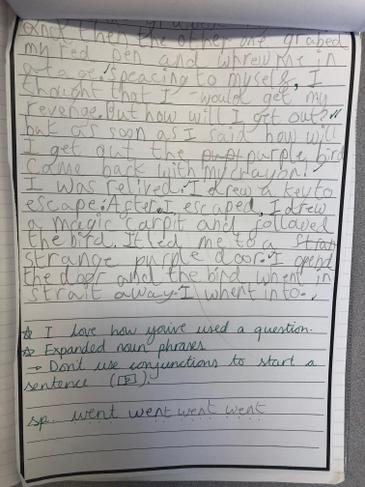 In geography, we started by using Google Earth to look at the Earth, then Europe, the UK, Southport and then finally the school. Using what we could remember from play times and what we could see on Google Earth, we created a bird's eye view of the school. We had to remember that things would not look the same from above!

In DT we have been designing our own, new landmark for Southport. First, we made a list of all of the landmarks in the UK that we could think of. We used our ICT skills to research them in pairs and create a fact file. 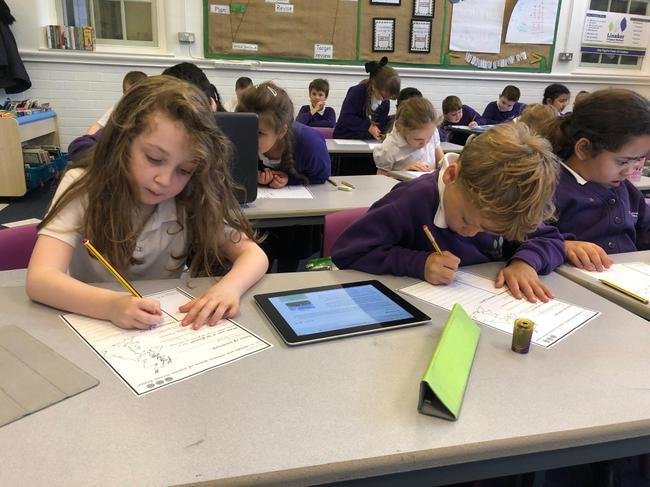 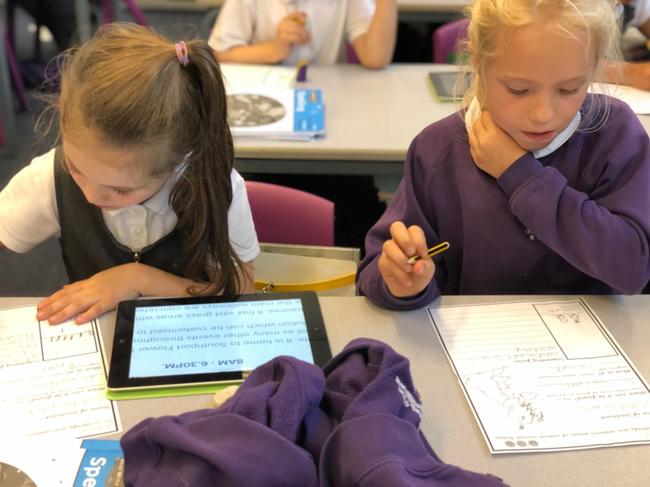 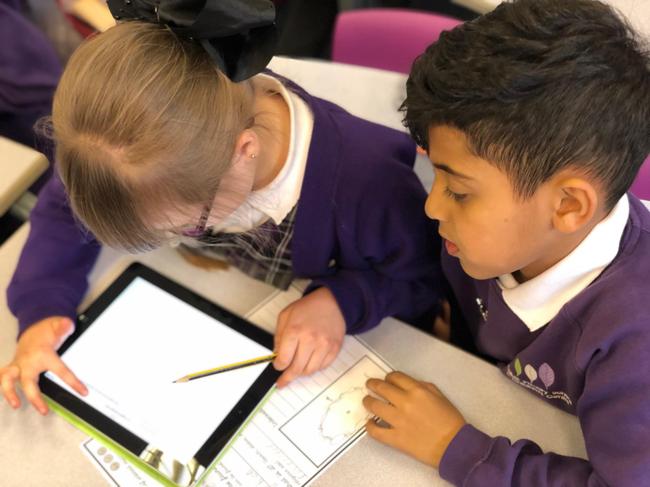 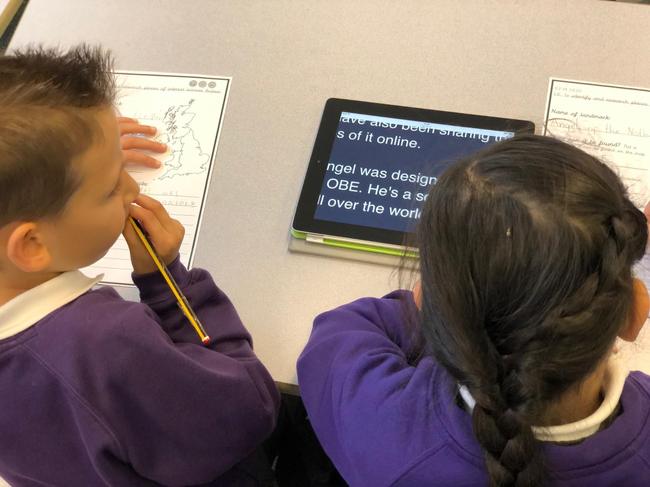 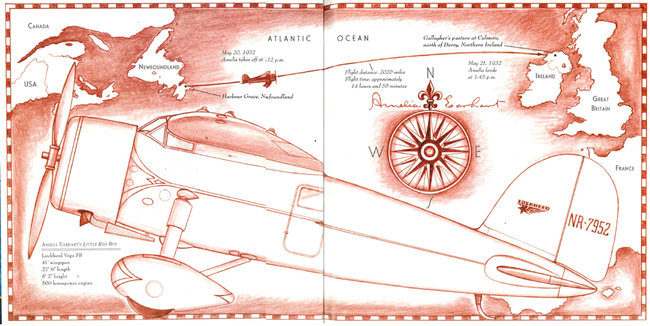 From high in the cockpit, a woman gazes down. It is exactly 7:12pm. The sunset ripples over the rough-hewn airfield. Goodbye, my friends, goodbye! Amelia Earhart pushes her last doubts into a secret place deep insie her. It is here: the hour, the very minute. Go! The red vega rolls down the runway. Faster, then faster.

What a journey Amelia had and what a wealth of emotions she felt on that flight!

We discussed all of the feelings she may have felt on her journey and recorded them as a class. Then, we created an emotion graph to show how she'd be feeling at different parts of her flight. This should help us when writing a letter to Amelia's mum. 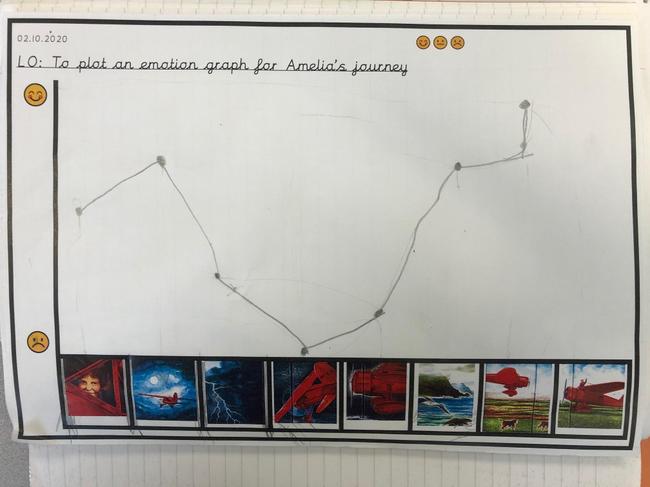 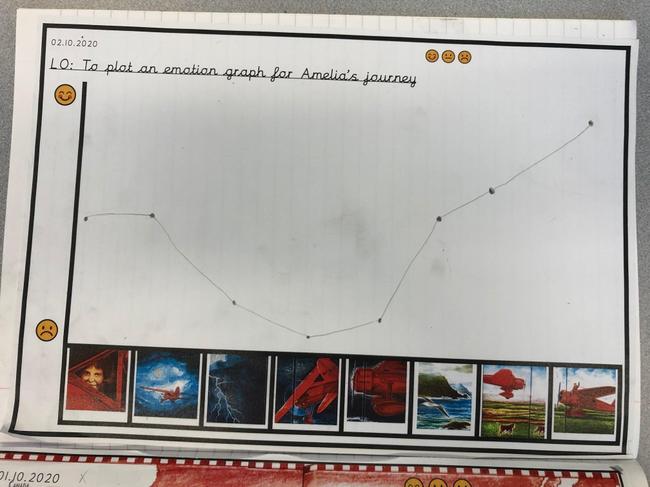 In English, we have looked at different types of poems. One was a Haiku. Haikus are special as each stanza has to be made up of 17 syllables and they are arranged in three lines. 5 syllables, 7 syllables then 5 syllables. We used what we'd researched in Geography about different landmarks in the UK to write some. Have a look at those about the Giant's causeway below.

As we were so impressed with our Haikus about the Giant's causeway, we decided to write about another landmark - Edinburgh Castle. This time, we learnt about similes and tried our best to include them. It was tricky having a limited amount of syllables. Take a look.

In DT this half term, we designed our own, new landmark for Southport. We had to think about what equipment, tools and resources we'd need for our designs. Then, the real fun began! Miss Jackson worked with us over two days to create our landmarks. They were brilliant! We'd thought hard about ways to join materials and the best ways to decorate. Have a look at some below. 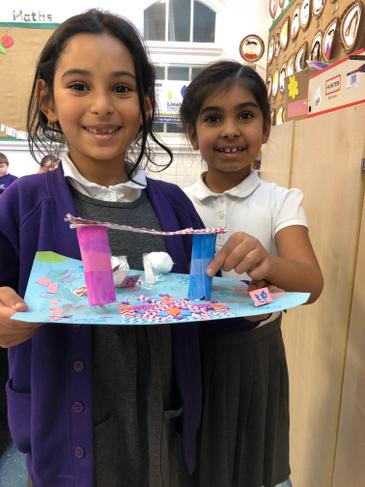 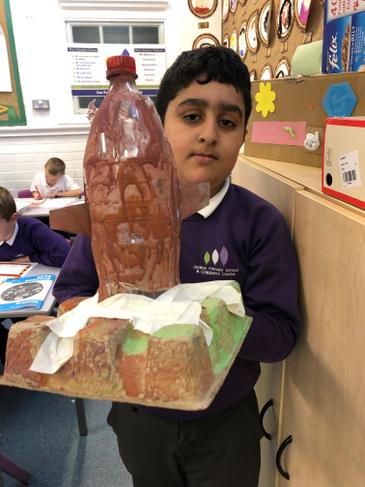 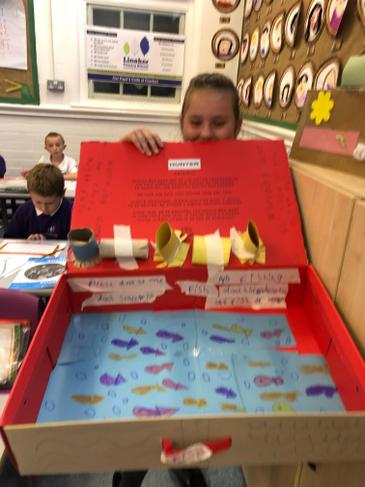 When we were done, we evaluated our models. Have a look at some of them below. 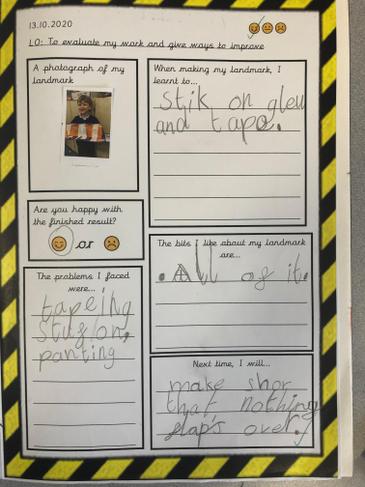 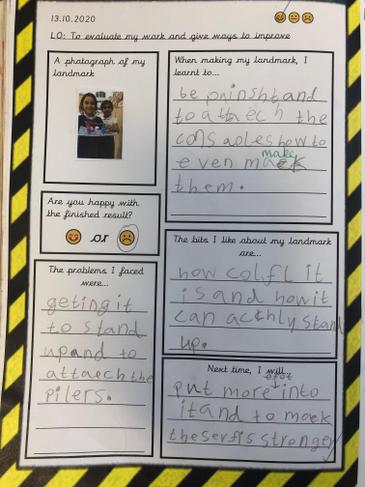 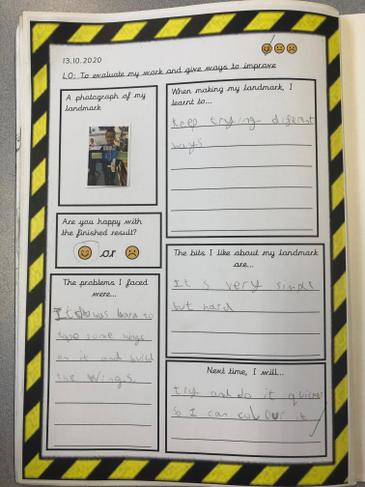