In autumn term 2, the history topic is Crime and Punishment. We are learning about how things have changed from Roman times to present day.

In our English lessons, we are focussing our work around a story called 'The Lost Happy Endings'. Have a look at some of our work below.

The Romans are often remembered for their cruelty. They were well known for their love of blood and gore in their sports such as Gladiator fights and chariot races. They also used many methods of execution, including crucifixion, beheading, strangling, drowning and burying alive. Punishments were designed to deter people away from committing crime and therefore were very harsh.

We created fact files about some of the Roman punishments. Have a look below. 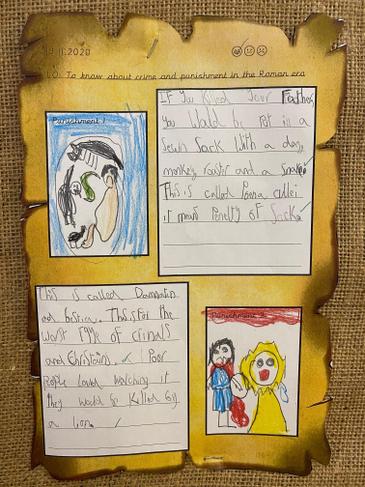 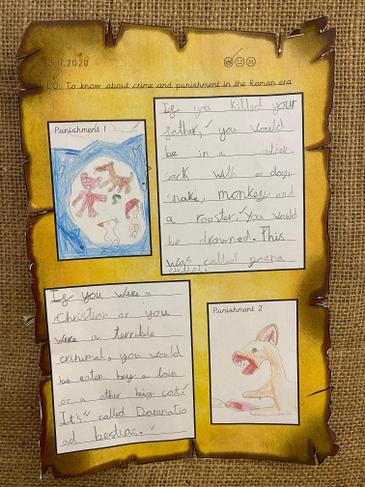 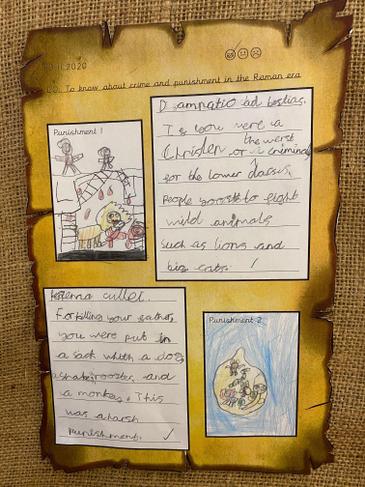 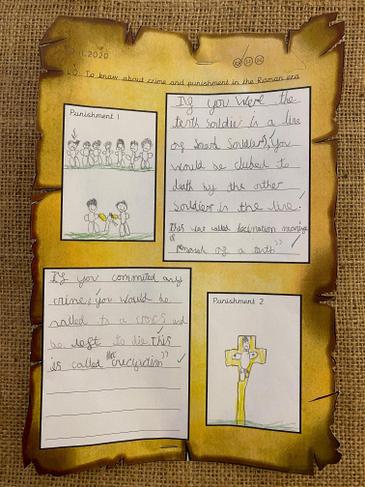 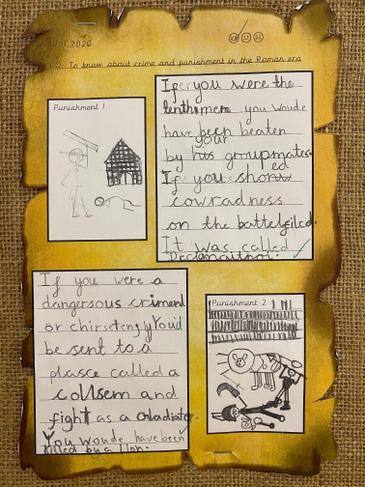 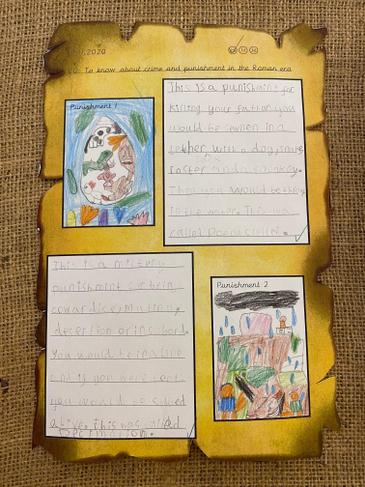 Unfortunately, 3LT had to isolate for two weeks due to a positive case in our class. However, we still produced some fantastic work when we were off. Click here to have a look at some of the work.

From age 12, people had to take the ‘oath of loyalty’, as the Saxon’s believed that anyone committing a crime was going against society, and if someone broke the oath, their entire family could be punished. We had a discussion as to what the oaths might have said and had a go at writing one for ourselves. 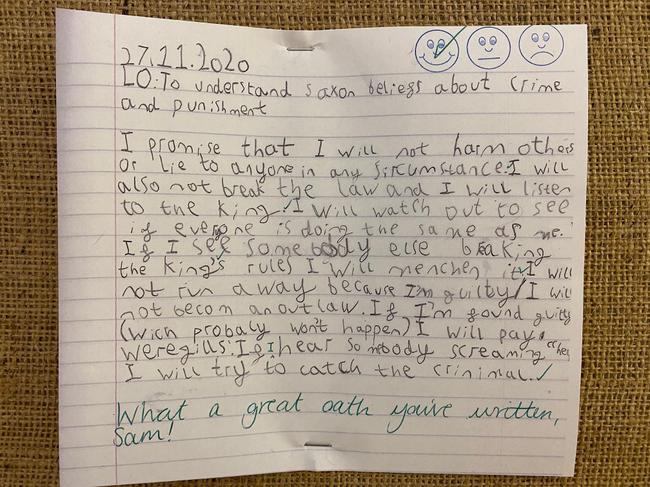 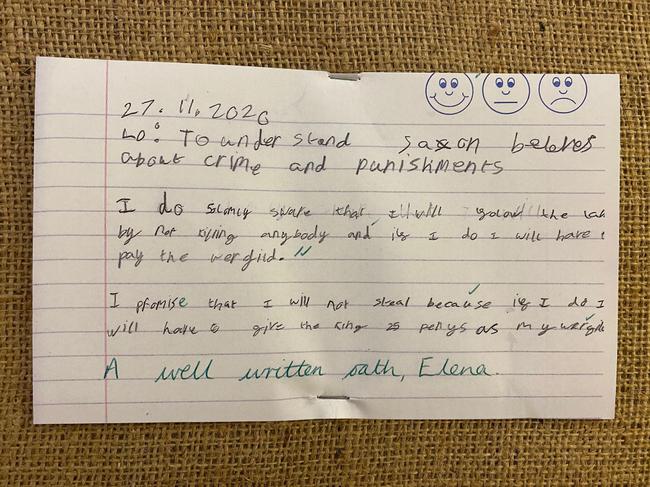 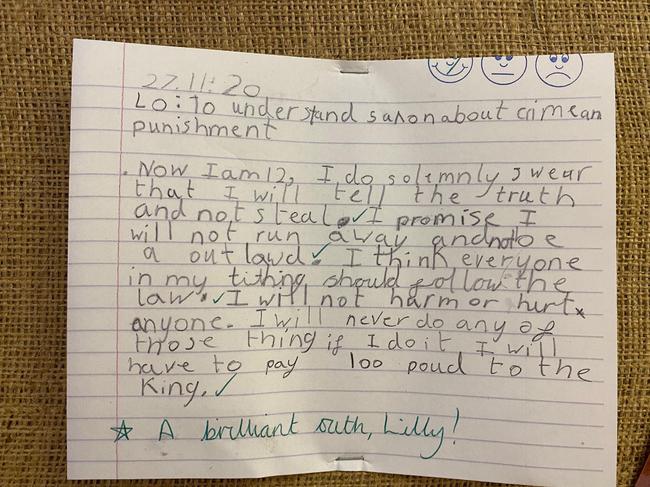 In Saxon times, there were no prisons. Criminals were punished with fines, executions or by being injured. If you injured or killed someone, you would have to pay the person or their family compensation. This compensation was called wergild.

We pretended we had been attacked and hurt, using our multiplication and addition skills we calculated the wergild we would be paid for our injuries. 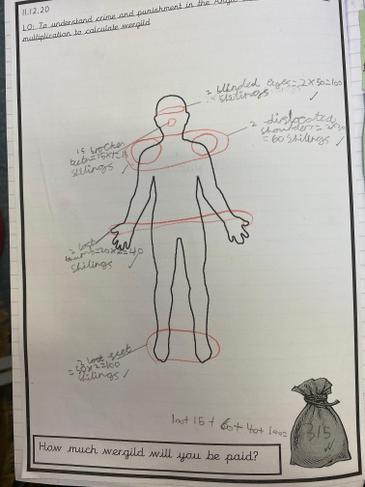 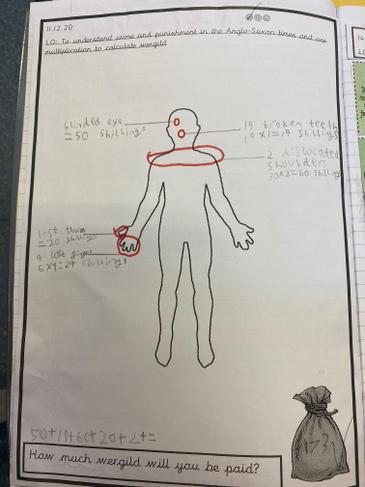 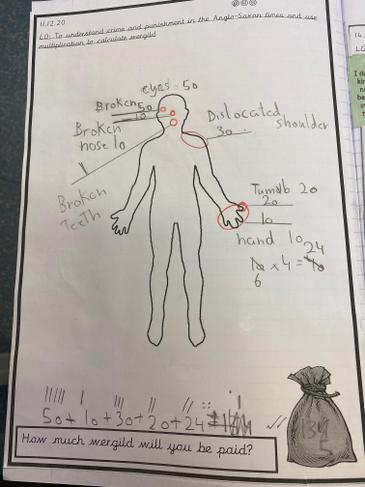 People believed that the only way to keep order was to make sure that people were scared of the punishments given for crimes, therefore all crimes had harsh punishments - fines, stocks, and torture, mutilations and death were the most common types of punishment. As a class, we discussed which punishment we believed was the worst and if medieval punishments were fair. Then, we focussed on one form of punishment - The Stocks. We researched them then wrote a fact file. 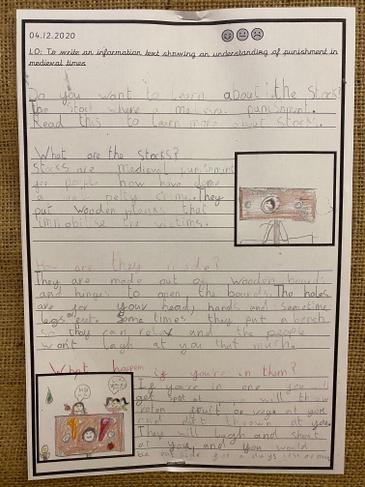 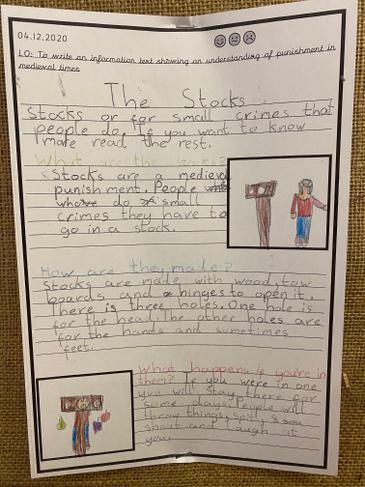 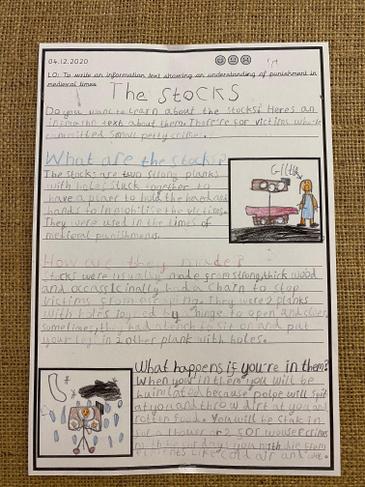 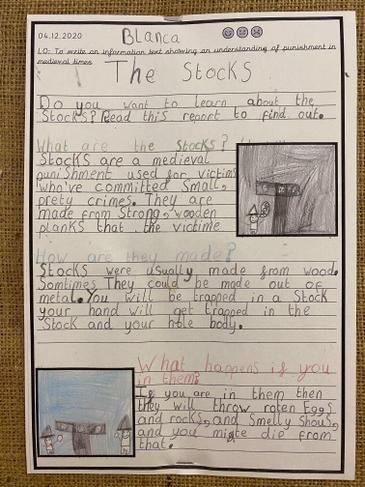 In Tudor times, there were still no police. Crime – mainly stealing – was widespread, as many poor people could not afford to pay for increasingly expensive food. However, punishments were harsh, in the belief that it would stop others from committing the same crime. New punishments were created to be even more terrifying than before. 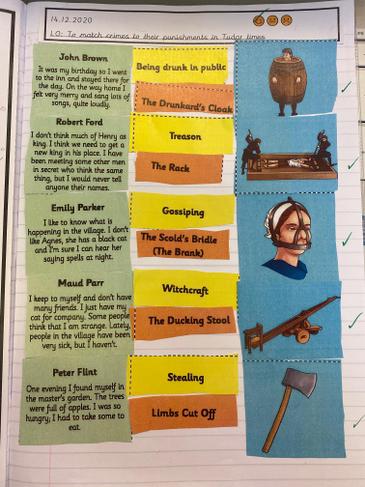 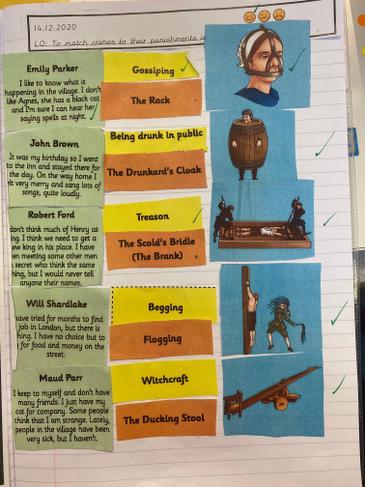 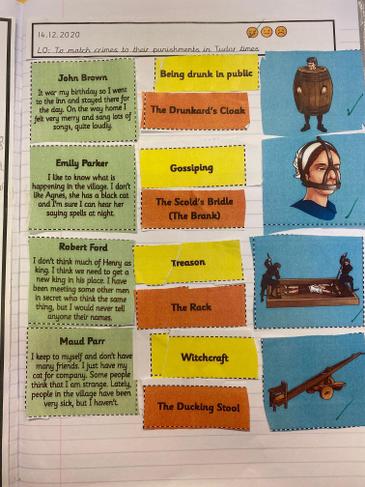 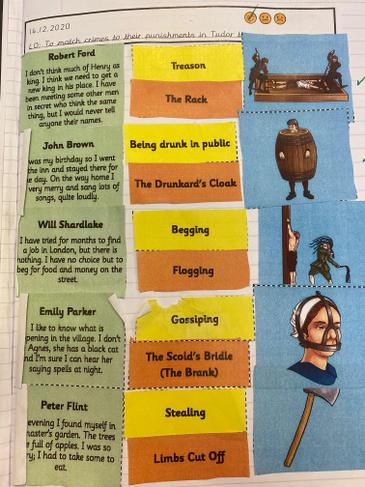