After lunchtime today a mysterious box appeared in our classroom. The box had a label on which was addressed to our class. We spent a little while, excitedly trying to guess what could be inside. We thought it could be a present from Beegu.

We think it could be a present from Beegu..! 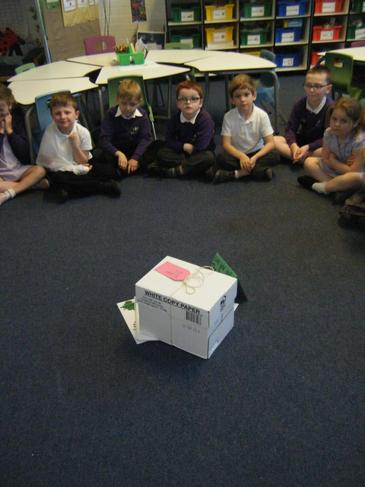 What could be inside? 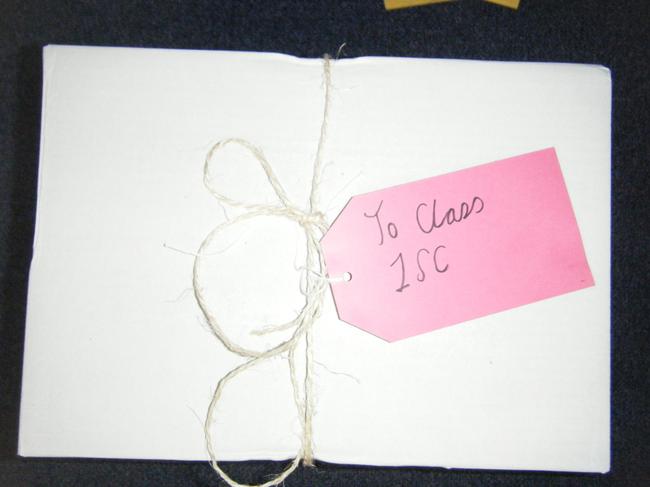 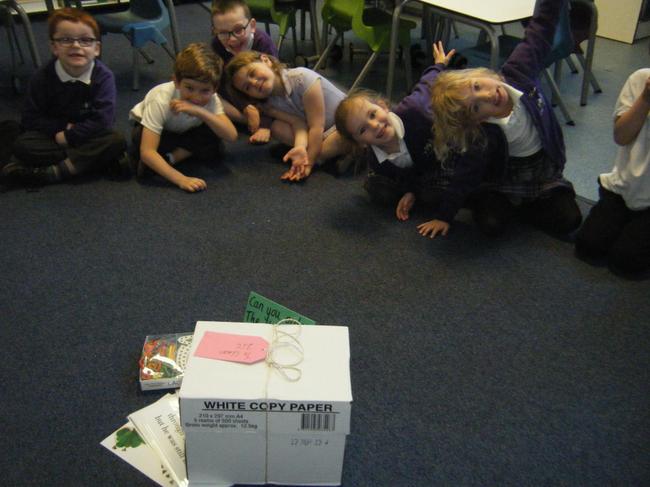 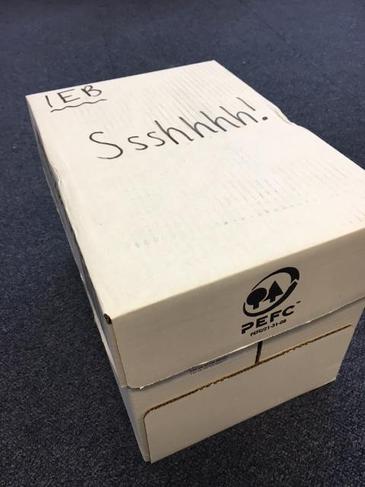 We opened the box and inside there was a letter and a little plastic pot with five little, fluffy caterpillars inside. The letter was from a minibeast explorer called Jess! In the letter Jess asked us to look after the caterpillars and watch them grow over time. She also sent us a link to her video. We watched the video and found out a little bit more about what plants caterpillars like to nibble on as well as the most likely places to find a caterpillar. 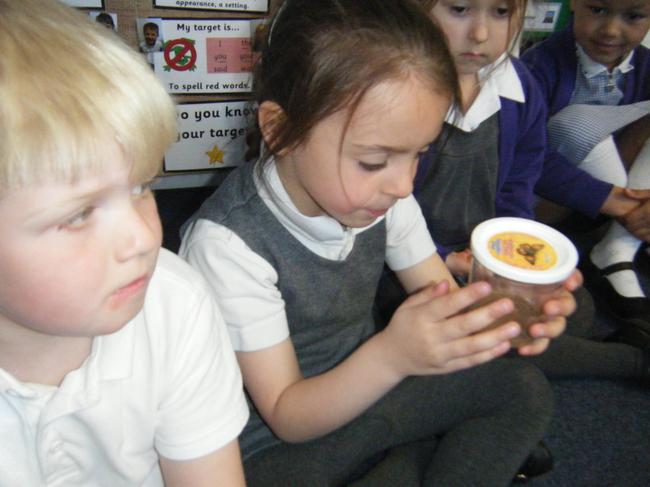 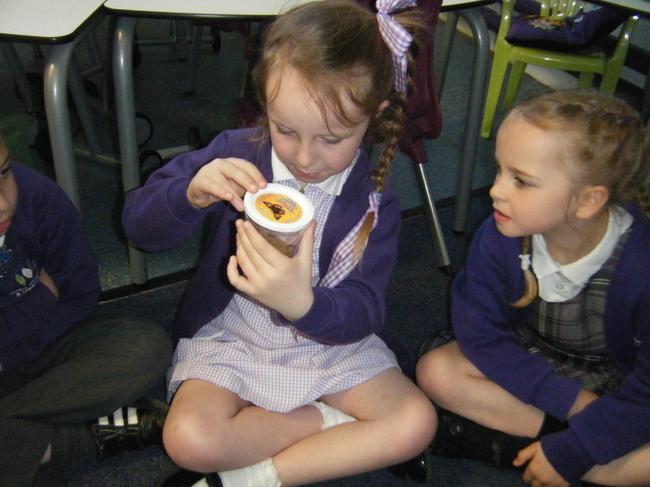 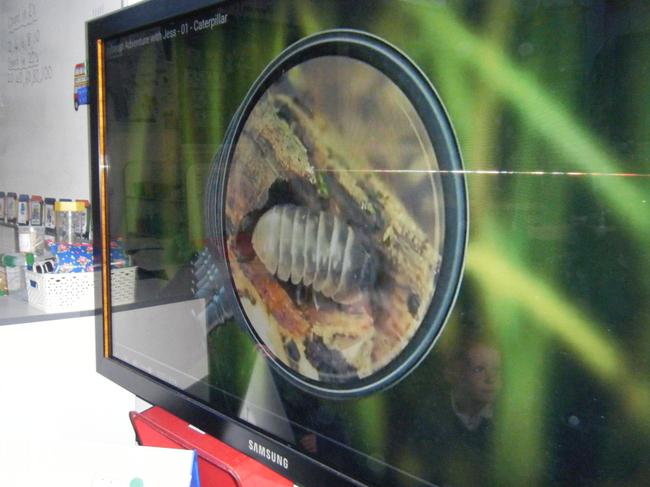 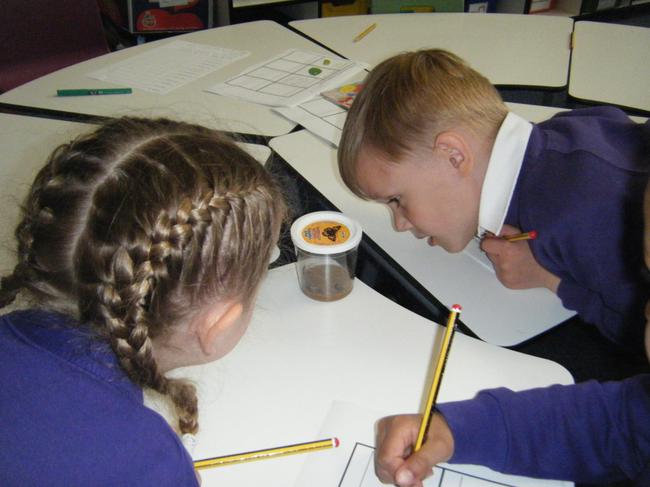 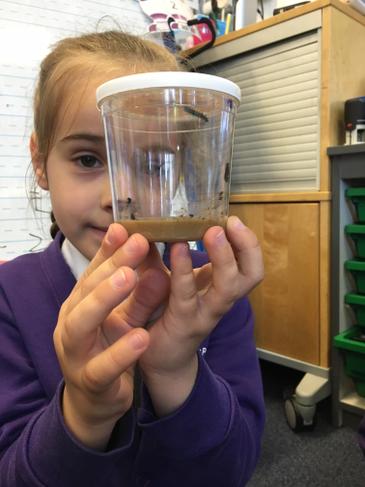 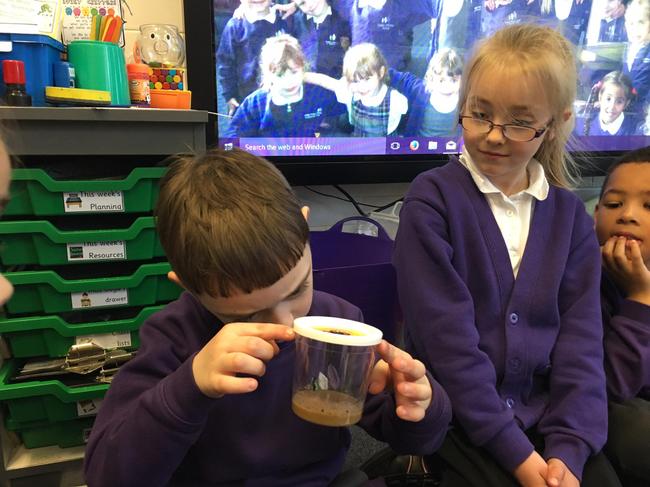 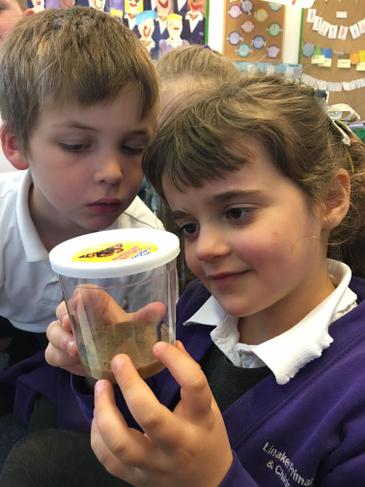 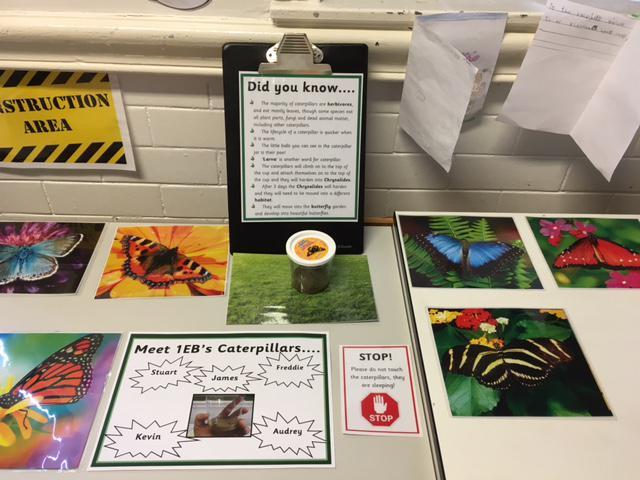 We promise to look after our new fury friends and we look forward to watching them turn in to beautiful butterflies. We received an information booklet with the caterpillars which we have studied.

We will keep a close eye on the caterpillars in class.

We're now hanging from the top of our tub and we have made our chrysalides. The children really enjoyed watching this, it was amazing to watch. We drew a picture of them and wrote about what was happening using adjectives.

We read through the first four lines of the snail poem and listened to a rhyming song that told us to listen to the ‘end’ of words to hear the rhyme. We then looked at a variety of words and matched up the words that rhymed. After that we identified the rhyming words in the snail poem and practised saying it together.

Our class challenge – to make up another verse for the poem and then perform it for the other two classes. Whose will be the best?

One snail, two snails had a little talk.

One snail, two snails had a little walk.

They came to a garden where they climbed up a tree.

Then a jolly magpie tried to eat them for his tea.

Look below for videos of the classes performing their verse of the poem. 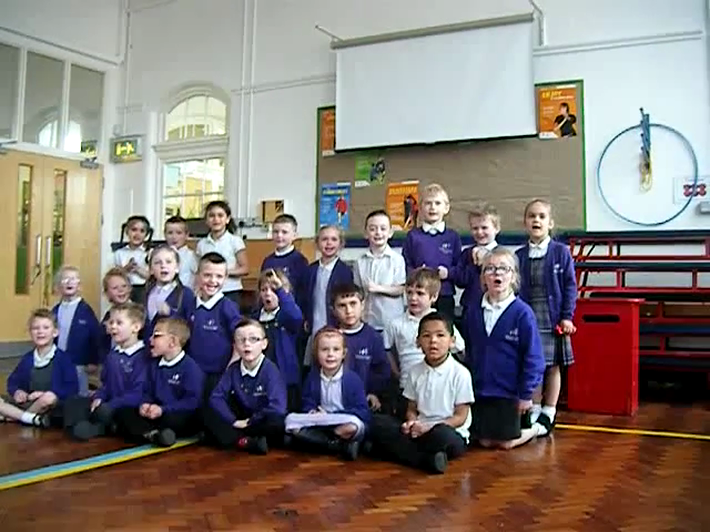 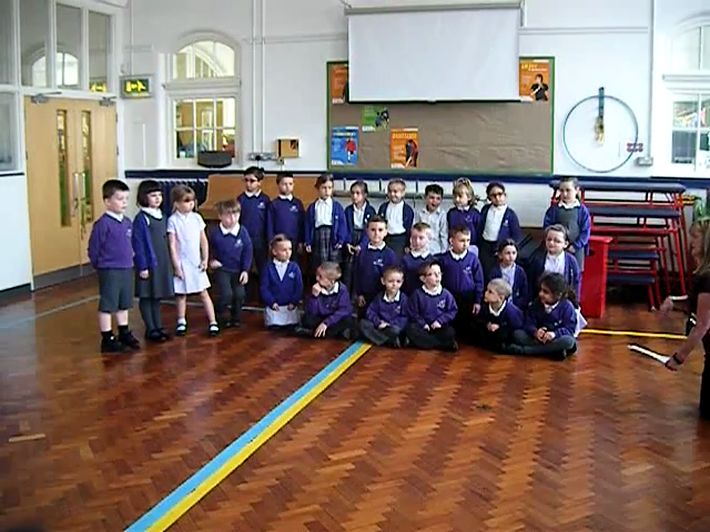