In pairs can you design a boat which will enable the Sphero to power it across water? In Science we had been studying the properties of materials so we were going to put our knowledge to the test.

Mrs McFall said she would give anyone a 100 dojos if they could find something at home that might solve our problem.

Faith had been thinking about the problem at home and she brought in a boat which she thought might work. Faith, Jack and Miss Burbidge went down to reception to use the water tray. Faith's idea didn't work but she did get the 100 dojos.

Linked to our work on habitats we had the following problem to solve.

You are  explorers out in the grasslands of Africa. You have some zebra meat, water and a generous supply of thin wooden planks from an abandoned hut, built around three tree stumps. There are jackals around and they are after your zebra meat. They can't jump very well, so you have to get your zebra meat off the ground.

You have to design a "bridge" structure on which the meat can be placed at the height of the stumps above ground. It should be in the  middle in case a clever jackal has started to learn to climb!

You will need: 3 upturned cups, a supply of art straws and a lump of playdough (zebra meat) .

You cannot use glue, cellotape or blu-tac.

Identifying footprints on the playground.

After lunch on a wet and windy day, the caretakers came to Year 2 to say they had found some animal tracks on the playground. They asked if Year 2 could go out and try and identify which animals had wandered across the playground. Year 2 children never turn down a challenge, so despite the weather they went out to see if they could help.

News report from the scene 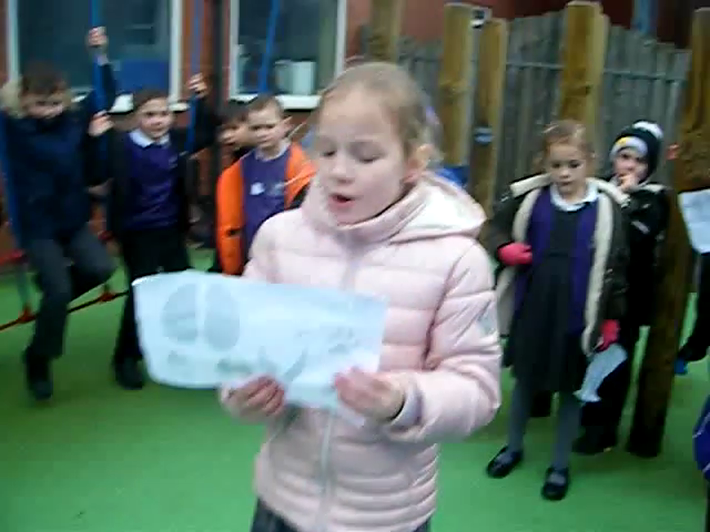 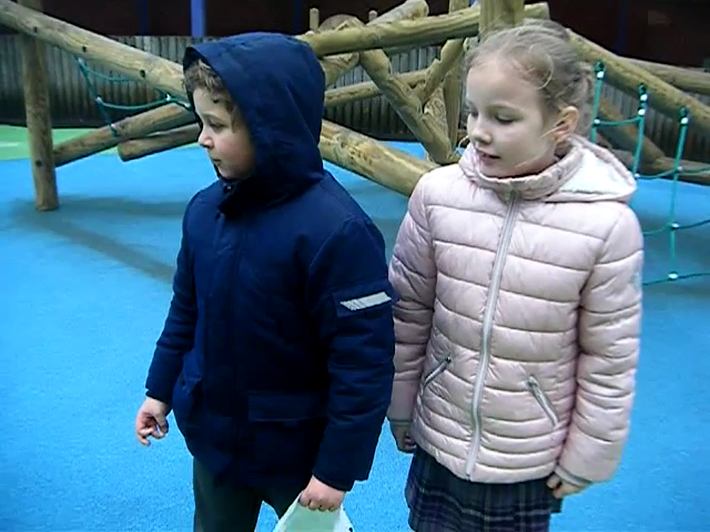