The History of Flight

Our topic this half term is Flight. The children will be looking at journeys made through air. They will learn about flights that happened in the past and important historical events that have taken place. They will be finding out about the Montgolfier brothers, Neil Armstrong and the Wright brothers. They will be using timelines to order events and looking at a significant historical event in our locality which was an early transatlantic flight that took off on Ainsdale beach.

We began by learning about the first flight by air, which was in a hot air balloon. The Montgolfier brothers took to the skies in 1783. 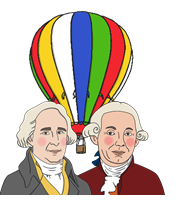 The children wrote lots of facts that they could remember. Here are some of them.

'They were born in France. That is in Europe.'

'Their names are Jack and Joseph.' (Joseph-Michel and Jacques-Étienne)

'They saw smoke in the fire was going up and that gave them an idea.'

'They used materials, buttons, paper and rope to design the hot air balloon.'

'When they'd made one, they put a rooster, duck and sheep in the basket first to check that it was safe.'

For homework, the children were given the task to make a hot air balloon. Take a look at some of their wonderful work! 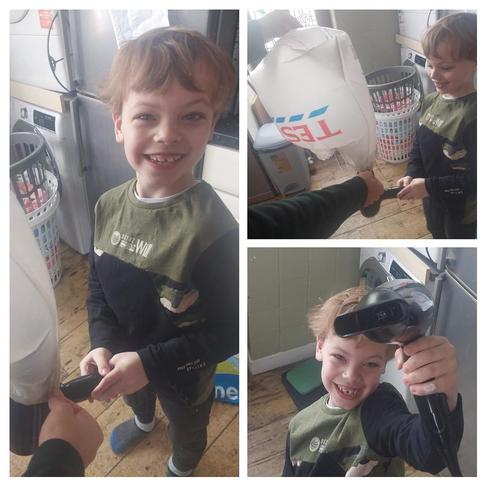 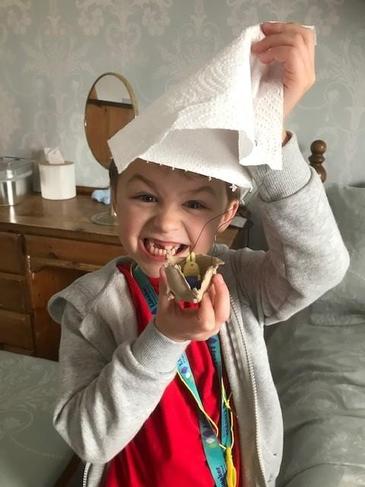 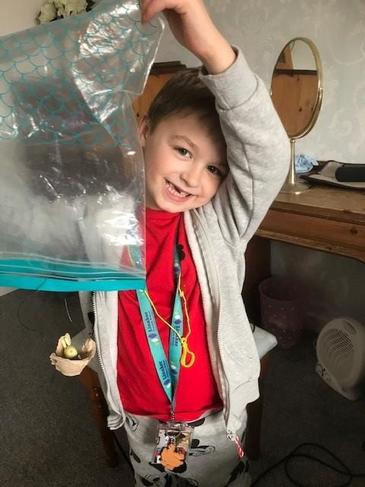 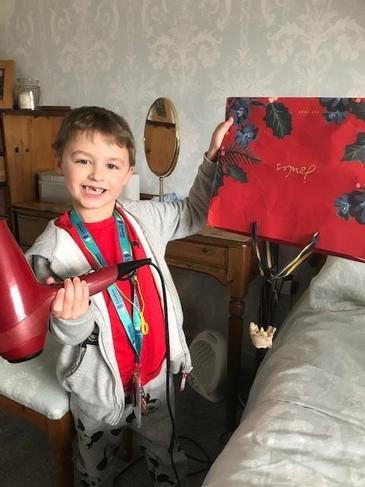 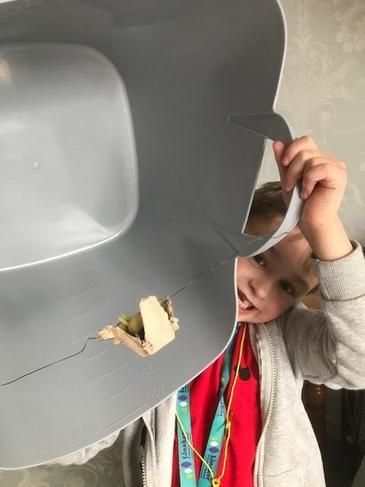 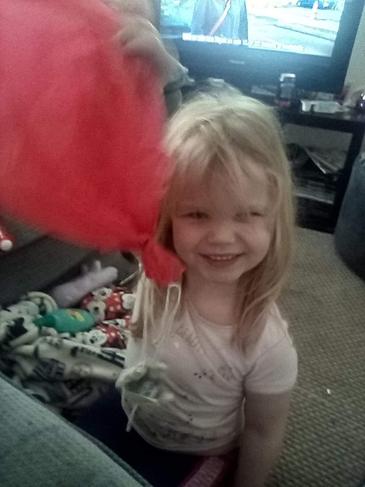 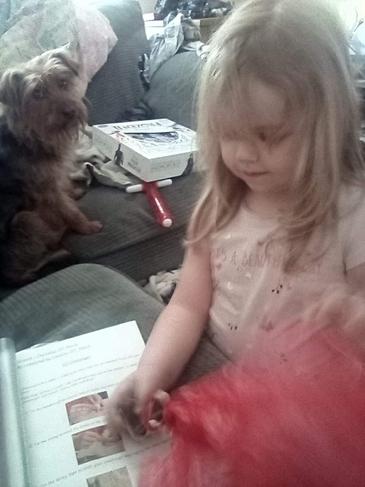 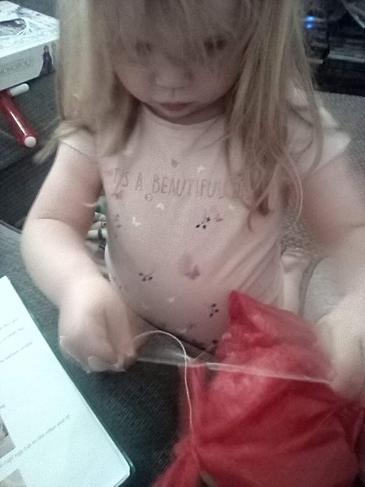 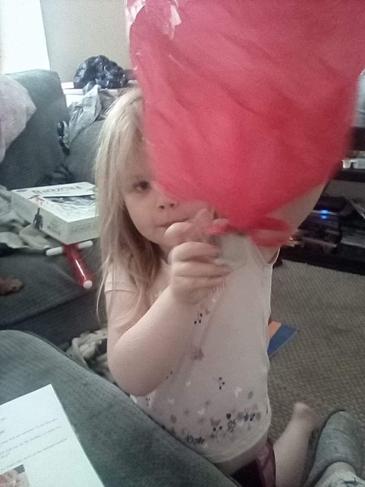 In our next lesson, we found out about another set of brothers - Orville and Wilbur. In 1903, they were the first to fly an aeroplane. The first flight lasted only 12 second

s. Luckily, it improved and later in the day, the Wright brothers managed to keep the plane in the air for 5 minutes. We set timers for these lengths of time. The children couldn't believe how short they were!

The following week, we learnt about Amelia Earhart. We began by making 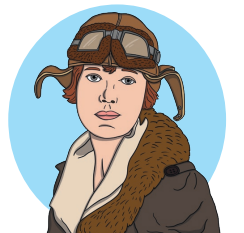 predictions about who she may have been and what she might have done to make her famous.

As a little girl, Amelia believed that women should be able to do what men do. She was brave, adventurous and loved being outdoors. Her grown ups really supported this. At this time, girls were not expected to behave like this.

As she grew up, Amelia continued to be brave and adventurous. She got her pilot's license and was the first woman to fly alone across the Atlantic Ocean.

Can you order the events in Amelia's life? 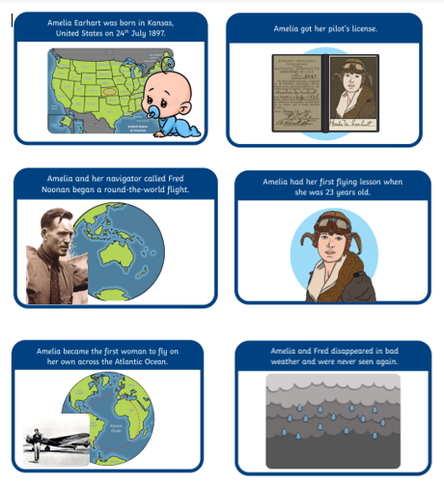