With an outfit for every occasion, he patrols the house saving toys, guarding toast, searching for lost wrecks and rescuing damsels in distress. Our hero is ready for anything… or is he?

We began our new topic all about heroes by having a "Superhero Day".  It was so fun seeing lots of fantastic hero costumes in school (including the staff!) and we even thought about designing our own "Power of Kindness" superhero and discussed who our real-life heroes are.

2MH in their costumes:

Discovery Dog noticed that Traction Man was very wet after his diving adventure. He said that Year 2 children would find out which paper towel is the most absorbent so he can dry quickly and get on with his next adventure.

First we felt four different towels and thought about how absorbent we thought each towel would be.

Next we ranked the towels from 1-4. 1 being the most absorbent and 4 the least.

Then we decided how much water we would add to the towels - we discussed that we would have to keep this the same so that it is fair. 2EB decided to put 2ml of water on each towel.

When we had put the water on the towel we measured how far the water had spread, using a ruler. 2EB came to the conclusion that the towel with the smallest spread of water was the most absorbent.

Finally we wrote about our results, Miss Boyle was very impressed with our accuracy when measuring.

Practising a new skill-using a pipette 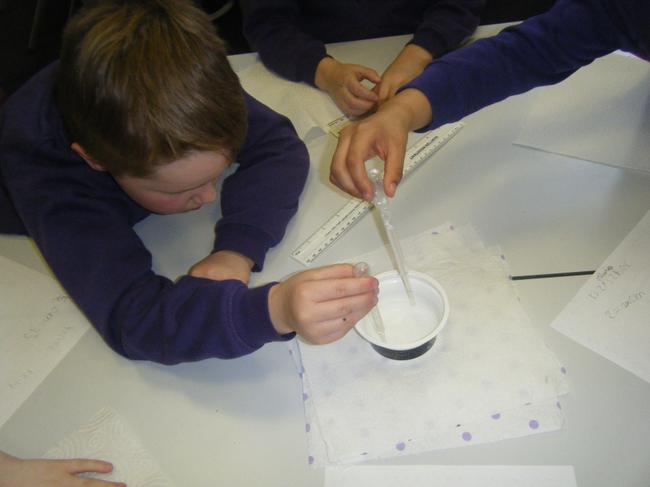 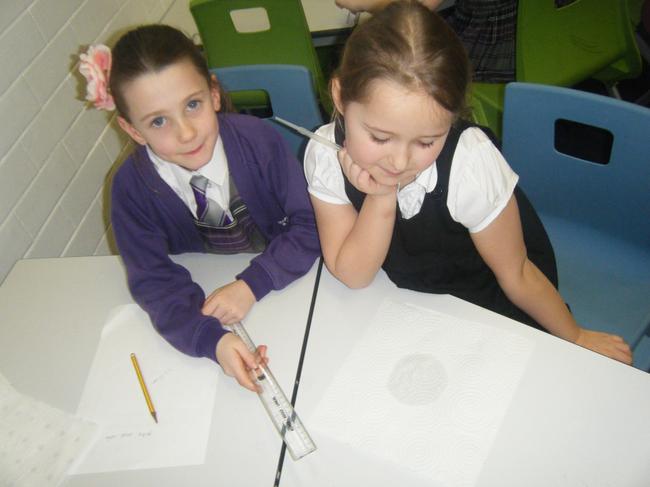 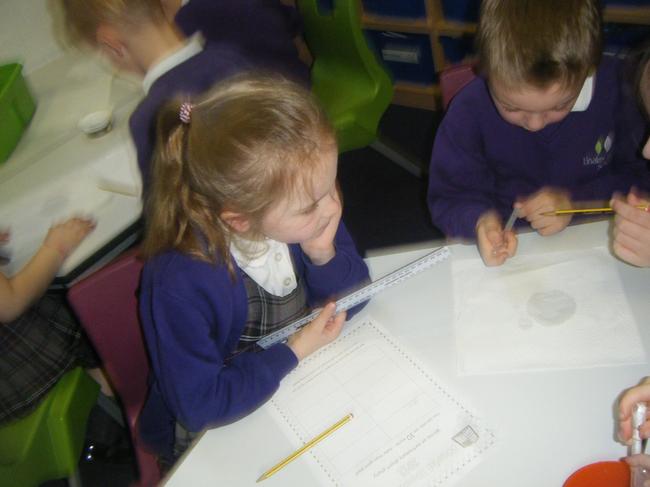 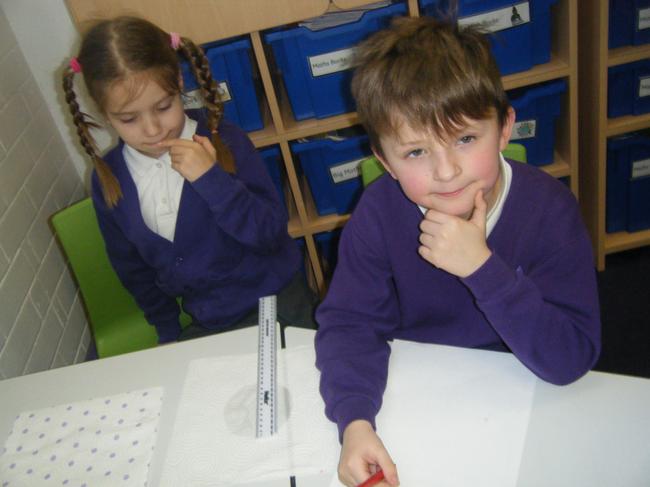 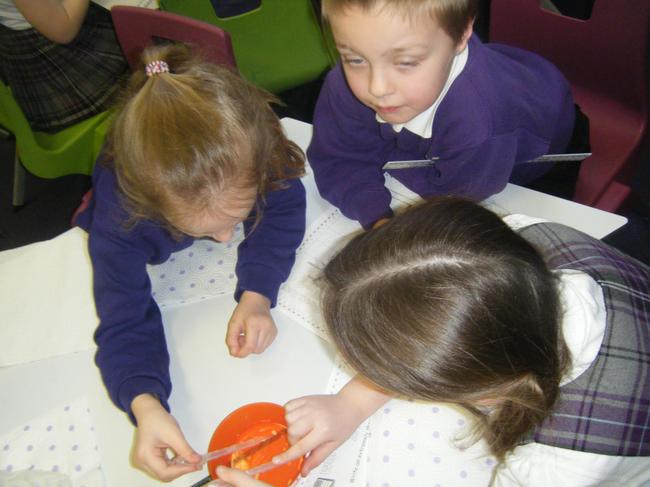 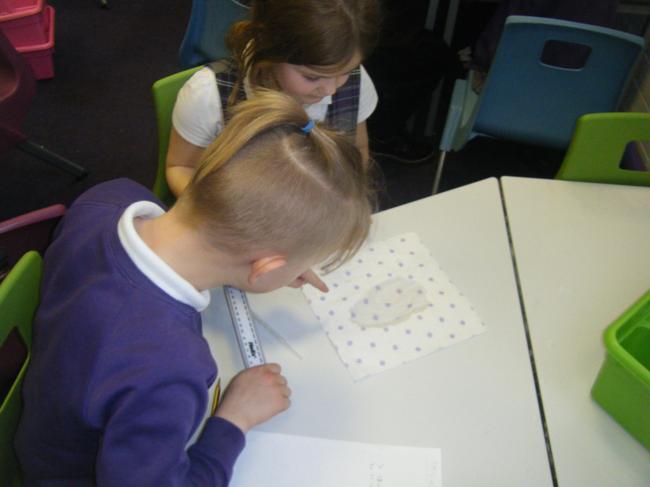 Measuring the spread of water with a ruler 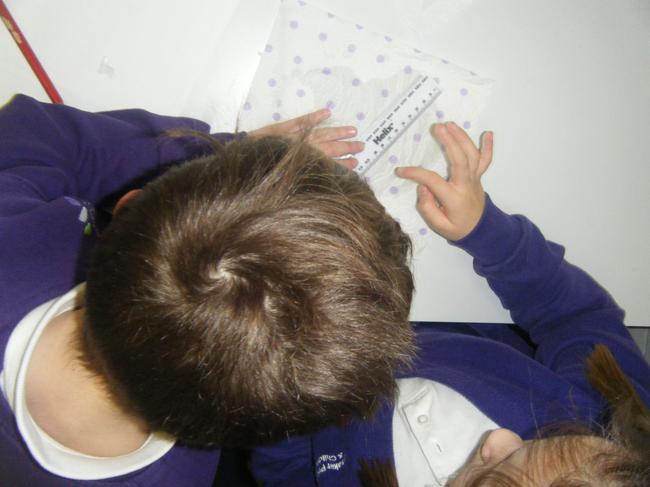 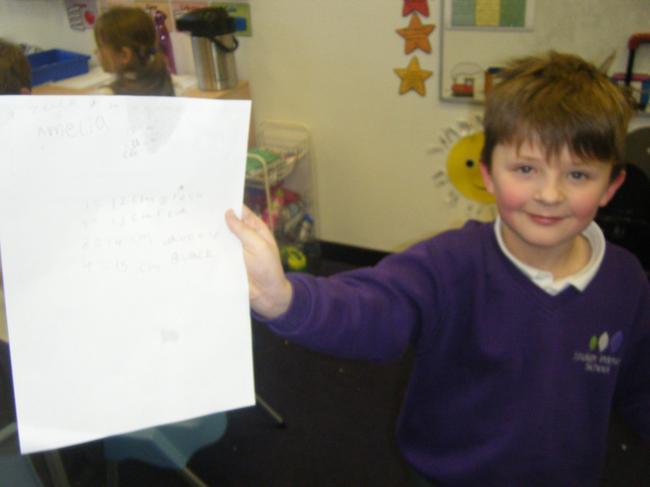 We noticed that 'Traction Man' is written differently to other books that we have read. We came to the conclusion that is like a comic book. Miss Boyle's group had a chat about the things they knew about comic books already.

Our very rough notes (blue is what we found out)

When we had done this Miss Boyle showed us some real comic strips. Our job was to find the features and label them with different colours using our key (see below).

Spotting the key features of a comic strip

While on their latest mission Traction Man and scrubbing brush have discovered some superheroes trapped in some ice balloons. Elsa had had a very bad day and had frozen some superheroes in ice balloons. In the prozess she had even frozen her own hand! Miss Boyle questionned both of the characters to find out what had happened. Traction Man wasn't best pleased and asked Year 2 for their help to rescue the heros. 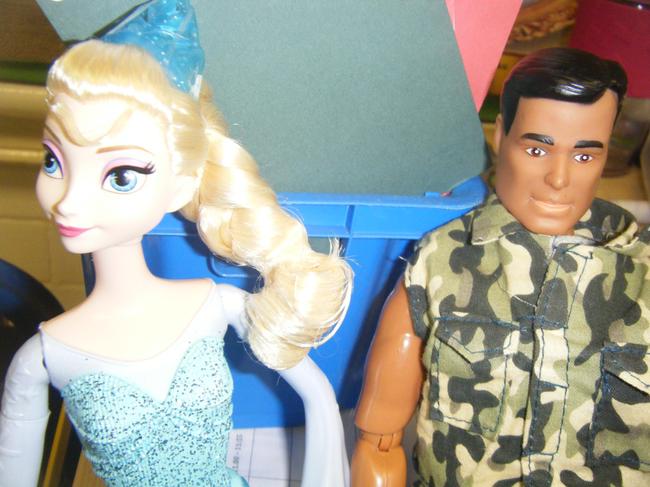 First we had a think about what would happen if we cut the balloon over Harry's head.

- It will pop and go everywhere

- It will knock him out

Then we discussed how to rescue the heroes

- Smash it on the floor

- Peel the balloon off the ice

We measured the circumference of the ice balloons at the start, after 20 minutes, after an hour, at the end of the day and the next morning. 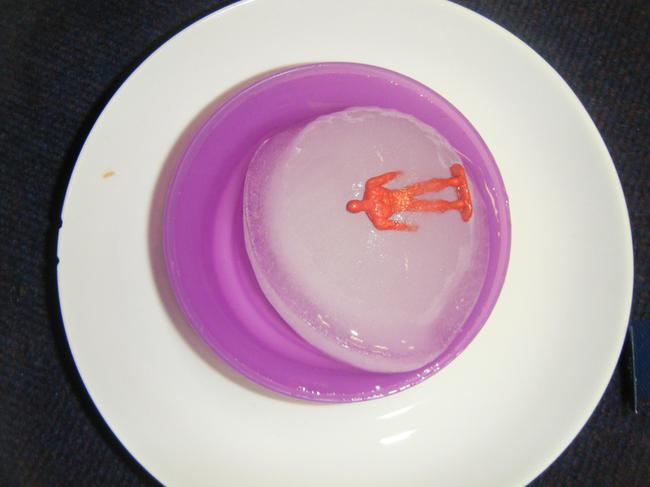 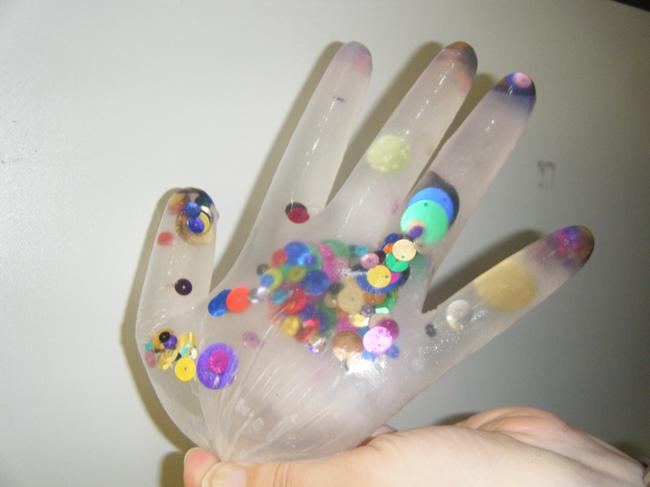 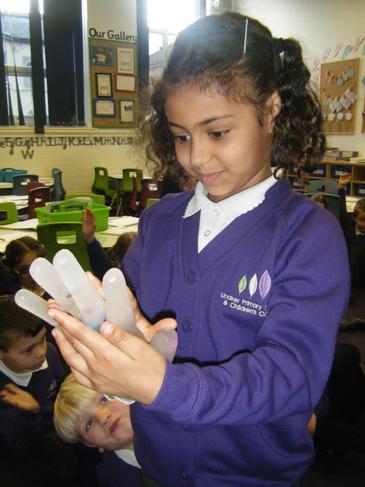 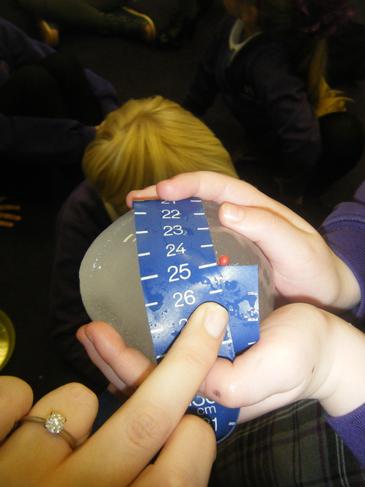 In art we have been learning about printing. First we designed a cape for Traction Man as we noticed he disn't have one. On the cape we thought of a logo. We had lots of ideas! Then we made our own stamp using match sticks and PVA glue. When we had done this we transferred our stamp onto our plain white cape. Then the real fun began...

On Monday, lots of the parents came in to help us embellish the capes. We had sequins, ribbons, buttons, pom poms, paint among other resources. The children and the teachers had a great time decorating the capes. Take a look at some of the pictures below.

The teachers would like to say a big thank you to all of the parents that came to help us this afternoon. We hope you enjoyed it as much as we did.